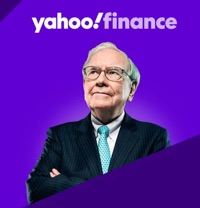 Here are my notes on the 2021 Berkshire Hathaway Annual Shareholder Meeting (, ). It was nice to see things nearly back to “normal” with Buffett offering up some lessons and going into some side details, while Munger just gets to the point (and says the stuff Buffett probably secretly wants to say but doesn’t due to the potential blowback).

Preshow comments. First up, a good observation by Karen Wallace of Morningstar during the Yahoo Finance Preshow (of the Super Bowl for Capitalist?!):

Buffett and Munger Don’t really like to speculate with their shareholders’ money. The thing about Warren Buffett is that he didn’t strike oil or develop software, inherit a big pile of money. He built his fortune by picking really solid businesses that generate a lot of cash and that he believes will continue to do well. And he takes the cash from that, he reinvests, he holds on for the longterm. He looks for new opportunities. He wants businesses that he can understand, which is a big part of it.

Here are a few more from William Green, author of the book .

…think about the ways in which most of us mess up as investors. We’re impatient, we try to time the market, we speculate on things that we don’t really understand. We trade in and out. We’re we’re much too emotional. We get caught up in fads and here you have Charlie and Warren basically just avoiding all of those standard stupidities. And it’s as Charlie says, it’s actually easier to avoid being stupid than to be smart. And so I thought that was a wonderful paradox that you have the smartest guy alive just trying to be systematically less stupid.

And so if you look at a period like this, where everyone is saying I can’t believe they have $145 billion in cash, and they’re not doing anything, why don’t they do something? They’re just so blindly indifferent to those cries from the crowd. And Warren just says we’re not paid for activity, we’re paid for being right.

So there’s an-old fashioned sense of honor and decency and transparency and humor that I think is one of the reasons why we’ve all been coming back year after year and why we’re all happy to see Charlie back this year after being absent last year.

Guess what? Buffett and Munger both , which they have lived in for the last 62 years.

On my left, Charlie Munger, and I met Charlie 62 years ago. He was practicing law in Los Angeles. He was building a house at that time, a few miles from here and 62 years later, he’s still living in the same house. Now that was interesting because I was buying a house just a few months before 62 years ago, and I’m still living in the same house. So you’ve got a couple of fairly peculiar guys just to start with in terms of their love affair with their homes.

Indirect warning about Tesla. Buffett put up a huge list of automotive companies that went bankrupt. Even if you knew very early on that internal-combustion cars would take over the world, it was quite difficult to know ahead of time the best place to invest. Buffett:

So there was a lot more to picking stocks than figuring out what’s going to be a wonderful industry in the future.

Why didn’t you buy more during the March 2020 crash bottom? My interpretation: Buffett basically said that they didn’t sell much (just the airlines, which accounted for 1% of all the businesses they own), while they did buy a lot of Berkshire stock via buybacks. They bought Berkshire because they knew BRK was cheap. Everything else, they weren’t as sure. Also, no BRK business took a PPP loan or other government bailout money. Munger adds:

Well, it’s crazy to think anybody’s going to be smart enough to husband money and then just come out on the bottom tick in some crazy crisis and spend it all. Always there’s some person that does that by accident, but that’s too tough a standard. Anybody who expects that of Berkshire Hathaway is out of his mind.

Do you think BRK will do better than the S&P 500 in the future? My interpretation: This question has been asked many times before. Buffett says that index funds are fine, they are what he recommends to others, and what his future widow will own (though still less than 1% of his estate). Upon his death, the rest of Buffett’s shares of BRK (much more valuable) will be donated and sold off gradually over 10+ years, so obviously he still has some faith in it. Munger has no intention of selling. Munger adds:

Well, I agree. You can imagine two things. A young man marries into your family, he’s an English professor at, say, Swarthmore, or he works for Chevron. Which would you pick? Sight unseen? I want to admit, I’d take the guy from Chevron. Yeah.

…it gets back to something fundamental in investments, I mean, interest rates, basically, are to the value of assets, what gravity is to matter, essentially.

[…] I mean, if I could reduce gravity, it’s pull by about 80%, I mean, I’d be in the Tokyo Olympics jumping. And essentially, if interest rates were 10%, valuations are much higher. So you’ve had this incredible change in the valuation of everything that produces money, because the risk-free rate produces, really short enough right now, nothing.

I think I should say, modestly, that I think the whole damn development is disgusting and contrary to the interests of civilization, and I’ll let leave the criticism to others.

I call it fee driven buying. In other words, it’s not buying because it’s a good investment. They’re buying it because the advisor gets a fee, and of course the more that you get, the sillier your civilization is getting, and to some extent, it’s a moral failing too, because the easy money made by things like SPACs and returned derivatives and so on, and so on. You push that to excess, it causes horrible problems with the civilization and reflects no credit on the people who are doing it, and no credit on the regulators and voters that allow it. So I think we have a lot to be ashamed of current conditions.

Well, that is really waving red flag of the bull. I think it’s just God awful that something like that would draw investment from civilized men and decent citizens. It’s deeply wrong. We don’t want to make our money selling things that are bad for people.

We’ve got probably 10 to 15% of our total assets in cash beyond what I would like to have just as a way of protecting the owners and the people that are our partners from ever having us ever getting a pickle. You know, we really run Berkshire and make sure that we don’t want to lose other people’s money who stick with us for years. We can’t help somebody who does and buys it today and sells it tomorrow. But we’ve got a real gene that pushes us in that direction, but we’ve got more than we… We’ve got probably 70 or 80 billion, something like that, maybe that we’d love to put the work, but that’s 10% of our assets, roughly. And we probably won’t get, we won’t get a chance to do it under these conditions, but conditions change very, very, very rapidly sometimes in markets.

Munger on high valuations today leading to lower returns in the future.

…with the, everything boomed up so high and interest rates, so low what’s going to happen is the millennial generation is going to have a hell of a time getting rich compared to our generation. And so the difference between the rich and the poor and the generation that’s rising is going to be a lot less.

On the failure to reform healthcare. My interpretation: When average people don’t directly pay for the service (healthcare), they don’t feel the appropriate pain and thus aren’t motivated to fix things.

My overall observation is one of the biggest skills that Buffett and Munger have is the ability to avoid being swept up in the current trends. They maintain a steady and reasoned mind. They aren’t overly bullish or overly bearish. People have been bugging them about their cash hoard for years, and well, things are too expensive right now, but they know that one day that will change. They still own a lot of businesses and are still net optimists.

If you were to try to copy them (not a recommendation), you might hold 10% more bonds than you held in the past, but still hold onto the rest in stocks. If you were 100% stocks, you might be 90% stocks and 10% bonds. If you were 80%/20%, you might be 70% stocks and 30% bonds. You’re still net optimistic about the future and exposed to more upside, but you realize valuations are high and there may be bargains if there is a crash. This assumes that you have the right personality to buy things during a crisis, however.