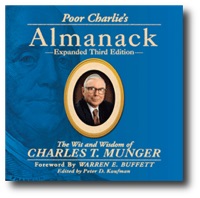 Despite the fresh packaging, we should remember that the “FIRE” concept (Financially Independent, Retire Early) is anything but a new concept. Even I can’t help being a little intrigued by the clickbait title “This Secret Trick Let This Couple Retire at 38”. Such an article could have been written about the before he started investing alongside Warren Buffett:

The first 13 years I practiced law, my income [from practicing law] was $300,000 total. At the end of that 13 years, what did I have? A house. Two cars. And $300,000 of liquid assets. Everyone else’d have spent that slender income, not invested it shrewdly, and so forth.

I just think it was, to me, it was as natural as breathing, and of course I knew how compound interest worked! I knew when I saved $10 I was really saving $100 or $1,000 [because of the future growth of the $10], and it just took a little wait. And when I quit law practice it was because I wanted to work for myself instead of my clients, because I knew I could do better than they did.

That was a significant amount of money in 1962. According this , that is the equivalent of $2.7 million in 2019 dollars. In other words, the Munger household was financially independent when he was 38 years old.

Income analysis. He also states that in those 13 years as a lawyer, he made $300,000 total. For the sake of simplicity, let’s just say he earned the same income every year. That works out to $23,000 per year. This was a relatively high income – $193,000 per year in 2019 dollars. According to this source, the was $6,000 per year. That means he was earning about four times the median average household income.

Super-saver, super-investor, or a little of both? Maybe he shared this somewhere else, but I don’t know his saving rate or his investment return. He does boast of both not spending all that “slender” income and also about investing it “shrewdly”. We have his annual income and his final ending net worth, so you can set one and figure out the other using a compound return formula. I’m assuming everything is after-tax for simplicity again.

I found that the annualized return of the S&P 500 index from January 1949 to January 1962 was about 18% when you include dividends (). Thus, my guess is that he was somewhere between these two markers: 50% savings rate/10.5% annual investment return and 24% savings rate/20% annual investment return. These stats are definitely admirable and impressive, but also show that he didn’t hit the lottery or anything crazy.

Munger’s example reaffirms that if you have a relatively high income, save a high percentage of that income, AND invest that money into productive assets, your net worth will grow quite quickly.

A criticism of financial independence seekers is that it is pitched to “everyone” but only works for the rich. It is absolutely true that it is the easiest for high-income earners. How could it be any other way? At the same time, there are many households that earn high incomes that spend 95%+ of it every year. If these folks realize they have financial independence within their grasp, and then change their behavior to achieve it, I still view that as a positive thing. It’s always hard to spend less than the people you hang around with.

Managing expenses (frugality) alone will not get you there, but I still believe it is an important factor once you get your income to a certain level. I would argue that a household earning $100,000 and spending $50,000 per year is much better off in the long run than a household earning $150,000 and spending $125,000 or even $100,000 per year. Now, if someone is making minimum wage, it will be hard to have a lot left over to invest. Your efforts would be best focused on the income side of the equation.

Bottom line. Charlie Munger was born in 1924 and reached financial independence at age 38 from his earnings as a lawyer (before he became partners with Warren Buffet). While he is now best known as a billionaire investor, he took a familiar path to financial independence: solid 9-5 income, consistently high saving rate, and prudent investment of the difference. The same formula he started using in 1949 remains available 70 years later to someone starting in 2019.