Money and Happiness: Happiness Keeps Increasing Past $75,000 a Year 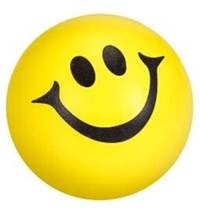 Did you know there was an iPhone app called ? The app basically does what the name suggests:

After collecting over 1.7 million data points from 30,000+ app users, here is the research paper by Matt Killingsworth, published in the Proceedings of the National Academy of Sciences (PNAS). Thanks to reader Al for the tip. Taken from the “Significance” section:

Here is a chart from the paper that illustrates how “experienced well-being” keeps increasing with log(income).

Why do I keep making log in bold? Because even though it was a long time ago, I still remember something about logarithms! The only two charts in the paper emphasize the nice line before and after the $75,000 income marker. This might confuse a quick reader to think that happiness keeps increasing linearly with income. In reality, here is a graphic () that shows the difference between rising linearly with n vs log(n). The relationship between happiness as income increases looks like the red line below.

If you read the entire paper, this is addressed (emphasis mine):

When interpreting these results, it bears repeating that well-being rose approximately linearly with log(income), not raw income. This means that two households earning $20,000 and $60,000, respectively, would be expected to exhibit the same difference in well-being as two households earning $60,000 and $180,000, respectively. The logarithmic relationship implies that marginal dollars do matter less the more one earns, while proportional differences in income have a constant association with well-being regardless of income.

That… sounds pretty reasonable, doesn’t it? Happiness increases with money quickly at lower incomes, and as your income grows the incremental increases are smaller (but still goes up a bit). If you make $150,000 a year now, getting a $25,000 annual raise will still make you little happier, but nearly as much as someone earning $50,000 a year now.