US Treasury Yields Lowest In The History of the Republic 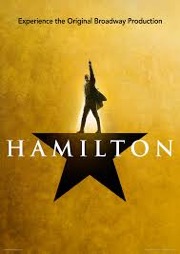 Like many folks, I recently enjoyed the excellent musical Hamilton for the first time on Disney+. I’m a bit embarrassed to say it was also very educational (yes, I know its not 100% historically accurate). I never really thought about how precarious and up-for-debate everything was during the beginning of this country. If Hamilton never survived the war or wasn’t as persuasive, would there be a federal Treasury? I feel like the creator of this chart was also reading about US history – “US Treasury Yields Lowest In The History of the Republic”:

Alexander Hamilton was the first Secretary of the Treasury and is known as the “Father of American Banking”. Here is his :

Facing a chaotic treasury burdened by the heavy debt of the Revolutionary War, Hamilton’s first interest when he took office was the repayment of the war debt in full. “The debt of the United States … was the price of liberty,” he affirmed, and he then put into effect, during 1790 and 1791, a revenue system based on customs duties and excise taxes. Hamilton’s attack on the debt helped secure the confidence and respect of foreign nations. He introduced plans for the First Bank of the United States, established in 1791 which was designed to be the financial agent of the Treasury Department. The Bank served as a depository for public funds and assisted the Government in its financial transactions. The First Bank issued paper currency, used to pay taxes and debts owed to the Federal Government.

Today, the rates on US Treasury debt are at all-time lows, while the debt-to-GDP ratio is currently higher than any time since World War II (now over 100% of GDP). The projections are from the Congressional Budget Office, made even before the events of 2020.

I will be the first to admit that I don’t understand macroeconomics. At the same time, I wish that the “experts” would admit when they don’t really know that will happen in the future either.

Copyright © 2019 MyMoneyBlog.com. All Rights Reserved. Do not re-syndicate without permission.