Will We Ever Talk Openly About Income and Money? 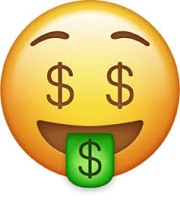 I started sharing my net worth anonymously because it was so hard talk about it publicly. Even today, my site logo is a voice bubble with money inside. Fast forward nearly 15 years later, and it is still unlikely that you know your coworkers’ salaries, let alone their net worth!

Do you know what the average tech worker in Silicon Valley makes? You might be surprised to know that with 5-9 years of experience, the average total compensation is nearly $300,000 per year. I know this from Jackie Luo’s Medium article . Luo herself is a software engineer at Square with 3 years of experience, and her base salary is $130,000 with a total annual compensation of about $230,000 (depends on stock price). She asked for anonymous data and compiled the following chart:

Her data reveals that stock grants are a huge part of total compensation (and one that is negotiable). As such, she encourages people to talk about their compensation and create a new culture of openness will help make things more fair. I admit I’m skeptical about that part. You’re fighting against a lot of deeply-ingrained discomfort. Is there any culture on Earth that talks about their wealth (and thus wealth inequality) openly?

I think that the best you can hope for is a trusted, popular website that becomes a huge database of anonymous submissions. I’m not sure any site has reached that level, but the cited ones trying include , , and . While poking around, I even found a site that compares .

As an aside, this chart also explains why a disproportionate amount of early retirees are tech workers. If you’ve got people making $170,000 right out of college, I don’t care if you do live in the Bay Area, that is still a lot of income. If you have even a small degree of self-awareness, you know that many people live on far less, and that you could too. If you’re a tech couple pulling in $300,000+ a year, is on the menu. Whether you pick that option or not, that’s up to you.

“The editorial content here is not provided by any of the companies mentioned, and has not been reviewed, approved or otherwise endorsed by any of these entities. Opinions expressed here are the author’s alone.”